Perkasie Train Station – Cropped from watercolor by James Mann. Click on photo for link to his website.

On Saturday September 8, we return to the Perkasie Fire Company, 100 N 5th St., Perkasie, PA 18944. The time is 9:00am with doors opening at 8:30. Directions and maps can be found on page 7 of The Dispatcher. Perkasie was a station on the Reading’s North Penn (AKA Bethlehem) Branch; the station, pictured, from a beautiful painting by Bob Bergey, still stands a few blocks from our venue, and is currently occupied by a private business.

Our morning program begins with member Rick Melcher presenting his clinic titled “Illuminating Structures with LEDs.” LEDs have quickly become a favorite tool among model railroaders, most notably for lighting layouts. Rick has already contributed an article on using them for vehicle headlights; now he continues to “illuminate”  us on their use in lighting structures.

With both a PowerPoint presentation and video, Rick will delve into topics such as determining the correct approach to use based on the building materials, which LEDs work best in which situations, and how to block unwanted light. And of course, he’ll discuss the materials and tools necessary to do the job.

Rick was born in the Logan section of Philadelphia, later moved to Palmyra, NJ, and now resides in Croydon, PA in Bucks County. Very early on, he was fascinated by Lionel steam locomotives, but then received an HO set for Christmas and the disease really took hold. It was the trains and associated interest in things mechanical and electrical that influenced Rick 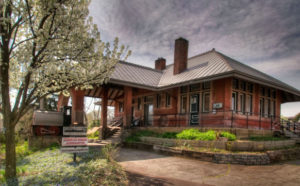 ’s ultimate career as a development engineer. Later he moved on to teaching and is now retired. Not surprisingly, Rick has contributed a comprehensive series for The Dispatcher on various hand tools, as well as the aforementioned article on LED headlights. We look forward to what promises to be a very interesting clinic.

Our second clinic will be given by Will Jamison, who has titled it, “Prototype and Modeling of Transporting Steel Plate by Rail.” Steel slabs and plate are commonly moved by rail, with destinations all over the country. This clinic will show cars commonly used, how the slabs or plate is loaded, and what cars are available to model them. This clinic will be compressed from two separate clinics given at the RPM earlier this year, one concentrating on the prototype aspects, the other on modeling. Will has consented to my posting both on the website so that anyone interested can delve further.

Will works at the ArcelorMittal (formerly Lukens) steel mill in Coatesville, PA. He is starting his 23rd year and in that time has been in production, the railroad, and now is an electrician in the high voltage unit. At one point he was the person responsible for shipping end product from the plant, so you know he is an expert on his subject matter!

As usual we’ll have coffee, donuts, and Philly soft pretzels, the white elephant table, door prizes, 50/50 raf­fle, and a model display table. Members are encouraged to bring projects in any stage of completion to display and discuss if desired. A 2019 MER Convention meeting follows immediately after the conclusion of the meet.

The afternoon fare consists of open house layout tours. Hope to see you there!

PhillyNMRA © 2018 Frontier Theme
Next Up