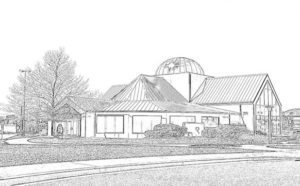 On Saturday, November 12, 2016, the Philadelphia Division once again held its late fall meet at the Brandywine Town Center Community Center in Wilmington, DE. The morning began with greetings from our superintendent, Joe Bergmaier.

The first order of business was the presenting of Achievement Program certificates by AP Coordinator Dave Messer, MMR. This round’s recipients were our two Earls, Paine and Hackett (coincidentally both newsletter editors, although Earl Hackett has just retired from editing MER’s The Local). Earl Paine earned his certificates in Master Builder: Scenery; and Model Railroad Engineer: Electrical, while Earl Hackett earned his Association Volunteer. Not present were recipients Nick Brownsberger and Jonathan Black who will receive their certificates at a future meet. The Division heartily congratulates them all.

Next we proceeded to our first clinic, “Remembering John Allen’s Gorre & Daphetid,” a journey through the history and the legacy of a great model railroad and its creator, presented by Division member Jeff Witt. Many of us remember back in the ’50s, ’60s, and ’70s when John Allen was revered as one of the great model railroaders of that time. His masterpiece layout was groundbreaking in many ways, but most notably for its floor-to-ceiling scenery, something very bold and less common for that era. In addition, Allen was also a professional photographer and as such was renowned as a pioneer in model railroad photography. Jeff guided us on a journey back in time revisiting this amazing railroad with rarely-seen photos and material.

A long-time admirer of the G&D, Jeff joined a Yahoo G&D interest group, which ultimately led him to others who had amassed a wealth of historic material. Together with many of these modelers the G&D Reminiscence Project (GDRP) was founded, eventually producing a CD and several DVDs of photos and documents relating to John Allen’s modeling.

John Allen actually built three successive layouts known as the G&D, the final one with which most modelers today would be familiar from the later articles in Model Railroader. But John actually began publishing articles in Model Railroader in 1946 before he had even begun the first G&D. It was his interest in photography that led him to ultimately begin a layout. Also notable was that he was a pioneer in narrow gauge as well as techniques such as weathering, creating water, the use of

mirrors, latex rock castings, and casting building sections. All of his track, including turnouts, was hand laid. Many of his projects had been used as patterns to create commercial kits. Scenes from his layout were commonly used in advertisements and catalogs through the years. Thanks to Jeff’s reminiscence group, the legacy of John Allen and his wonderful model railroad will live on.

After a break, we continued with Don Borden’s presentation titled, “Prototype Operations and Sounds on Santa Fe’s Cajon Pass in the Late 1940s.” Don is a noted Santa Fe aficionado whose passion not only includes detailed modeling of Santa Fe steam, but extends to the accurate operation of those steam locomotives right down to the appropriate sounds.

Don began his talk with a Power Point presentation intermixed with videos of actual prototype steam locomotives. The engineers in the videos explained the operation of the various components and cab controls as the engines cycled through their various functions producing the associated sounds.

Don moved on to point out the benefits of the TCS WOW V4 Decoder and describe all the functions and the corresponding sounds when used in conjunction with the Digitrax DT400/402 throttle. These included the following functions: Bell, long whistle/horn, air pump, whistle quill, cylinder cocks, brake release, brakes/brake squeal, mute, safeties, Johnson Bar up/down, blowdown, and a function to rotate the whistle/bell.

He then explained how to create a loco roster with uniform functionality, i.e. all models having the same button functions and similar performance. While the primary focus was on the WOW decoder, the principles apply to other types, as well.

Following the first part of the presentation, we took a break while tables were rearranged for Don’s up-close-and-personal, live demo. During that time, the door prize and 50/50 raffle drawings were held. The winner of the 50/50 was member Glyn Thomas.

After the drawings, we reconvened for Don’s demo. With a steam engine situated on a stretch of track, Don proceeded to describe the various sounds and characteristics discussed in the presentation, as he demonstrated how each could be reproduced using the Digitrax throttle controlling the WOW decoder in the locomotive.

In addition to the clinics and drawings, there were several swap tables, as well as displays of Jeff Witt’s material on the G&D, and Earl Hackett’s techniques and samples of 3-D printed and cast resin C&O signal bridges. And the attendees had their fill of ample refreshments.

We wish to thank Earl Hackett for once again securing this wonderful venue, the clinicians, Jeff and Don, and all who at¬tended. We hope you enjoyed yourselves. Please join us again for our next meet on January 7th where we join up with the New Jersey Division on their turf at the Haddon Township High School.
Further details can be found here. Hope to see you then!